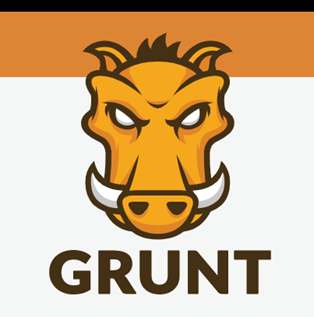 You know, it’s not just tennis players who Grunt to improve their game, software developers have been doing it for years too.

In all seriousness, Grunt is a command line automation tool, used to make repetitive development tasks easier. Similar tools include Gulp and Webpack. This post will fly through installation and set-up demonstrating Sass file compilation.

Grunt is built on NodeJS using JavaScript, so to use Grunt, you’ll need to install Node JS (https://nodejs.org/en/) first.

Once you’ve installed NodeJS, and by extension it’s JavaScript package manager the Node Package Manager (NPM), you use NPM to install Grunt by typing the following from the command line inside your project's working directory:

Side note: The two commands above are both necessary for Grunt to work. The-g installs NPM components globally on the system, without the-g they're installed locally within the folder where they're run. In this case -g grunt-cli is installing the grunt command to the system path, but grunt won't work unless you have the package installed locally too, which enables different projects to use different versions of grunt on a per project basis.

Node and Grunt are configured by the package.js and gruntfile.js. files respectively.

Grunt is extended using plugins, which are actually Node modules and are installed using NPM.

Side note: NPM modules are recorded in the package.js  manifest file. If you commit package.js into source control other developers can run npm install to automatically install all the modules used by your project.

Grunt's configuration, how to use those plugins once installed, is specified within gruntfile.js. An example configuration file is shown below in this article.

For our demonstration we’ll install the Sass and process a simple Sass file. This will requi installing both Ruby and Sass if you don’t already have them.

Let's start by taking a looking at our Sass file:

This is should seem fairly straightforward. It's simply setting some variables and using them in the body element.

On Windows, you're going to need to Install Ruby. Get it from http://www.ruby-lang.org/en/downloads/. Mac user should already have it installed.

Then install the official Grunt Sass to CSS plugin use:

Side Note: See https://github.com/gruntjs for the list of official plugins; including the Sass plugin being used here.

Finally, configure the grunt file - gruntfile.js - to use the Sass plugin.

The code above is mostly Grunt boiler-plate. The content should be save to a file called gruntfile.js in the root of your project's directory. The comments in the source should explain what's going on.

The key points to take away:

To run grunt and compile the Sass file type grunt build from the command line. This will compile and create a file called generated.css. With the contents of:

This was just a taste of what Grunt can do. Grunt has 70+ official plugins and countless unofficial ones. Now you can Grunt like a pro too.

Why not buy me a coffee  at https://www.paypal.me/justaguycoding?